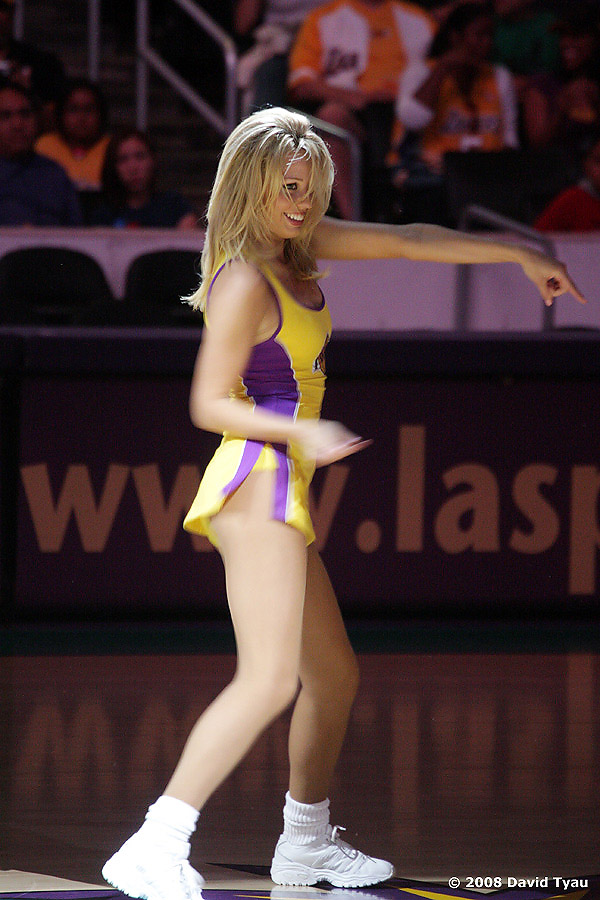 Many years ago, the Los Angeles Lakers used to have playoff game watching parties at the Staples Center…that is when they used to make the playoffs.  They would sell tickets to fans who would watch the away games on the video board at center court and the Laker Girls would perform at the breaks in the action, kind of like a real home game.

Back then, the Lakers were good and the Laker Girls were great.  And long time Lakers fans like me, who could never afford a Laker game ticket, let alone a playoff ticket, got a chance to experience the excitement of a championship game.

It was a great experience and at that time, I was able to bring in a camera and snap some photos of the Laker Girls performing.  It was all good until one day a fight broke out between some Laker fans and a Celtic fan.  And that was that for these game watching parties.  I don’t believe the Lakers ever held them again after this fiasco.

This entry was posted in Flashback Friday and tagged Laker Girls, NBA. Bookmark the permalink.
%d bloggers like this: