Many years ago, the PAC 12 held their annual basketball conference championships at the Staples Center in Los Angeles and I could understand why the conference would do so.  Los Angeles was pretty much the central location for all of the teams and it was a relatively new stadium in the most media centric city on the west coast.  But for whatever reason, the venue rarely sold out and the conference decided to move the championships to Las Vegas.

But while the championships were in L.A., they used to have a battle of the bands contest before the two scheduled teams were playing and they featured the spirit squads of both teams.  And I attended one of these sessions and took this image of a pretty UCLA dance team member.

So enjoy this college edition of Flashback Friday. 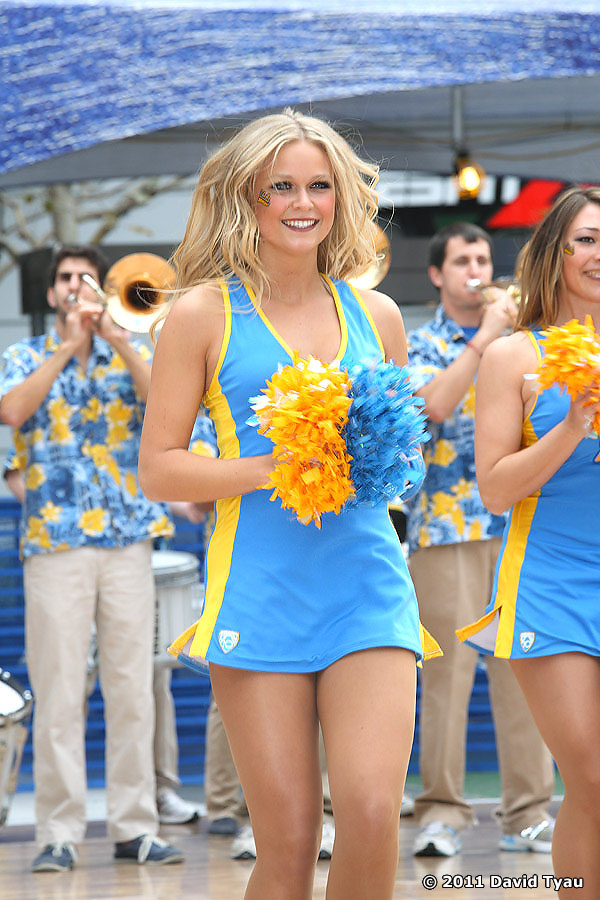 This entry was posted in Flashback Friday and tagged UCLA. Bookmark the permalink.
%d bloggers like this: