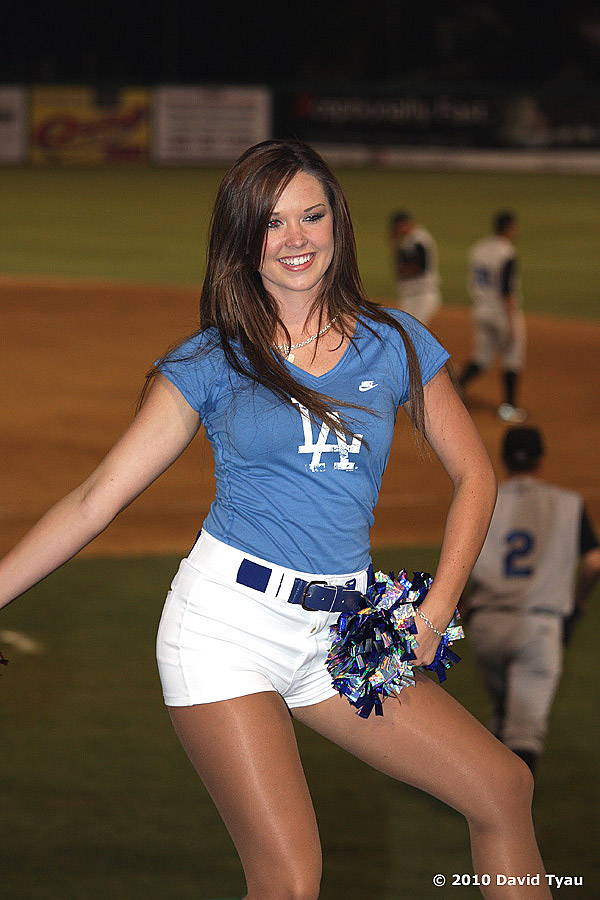 One of my earliest official assignments for UltimateCheerleaders.com was covering the Inland Empire 66ers Dance Team. Back then, aspiring contributors of the UC.com had to prove themselves by generating meaningful content and that was difficult because in the early years of that blog, we were just beginning to establish our credibility and few big league teams would approve credentials for us to cover their dance teams.

One of the sports teams that would allow us to cover their dance team was a Class A baseball team called the Inland Empire 66ers. They had a long standing dance team and a forward thinking team executive who saw that any coverage was positive coverage and I was able to come out to several games to shoot their dance team. And let me tell you that the 66ers ran a first class minor league baseball team and their marketing efforts were exceptional. They had many giveaways, including the much coveted bobble head nights, and they had a dance team to appeal to younger, female fans who may not appreciate minor league baseball as much as their parents.

It was a great time for me because I got to cover some amazing young cheerleaders and I got a chance to help prepare myself for other events by being challenged to tell a visual story of the festivities.

This entry was posted in Flashback Friday and tagged Game Day Reports, Inland Empire 66ers. Bookmark the permalink.
%d bloggers like this: