Long before I became a Chargers season ticket holder, I used to be a Los Angeles Raiders season ticket holder.  That was back in the 1990’s…yeah…that long ago.  Football in L.A. was cool and the Raiderettes were very accessible.  Back then, they would come out an hour before kickoff and go up into the seating area and take photos with the fans and sign autographs.  There wasn’t that barrier between the fans and the Raiderettes that you have today.  It was a different time, a more innocent time before things became more serious and unsafe, if you know what I mean.

One of my favorite Raiderettes back then was a girl name Michelle Budano.  She and her sister Melissa were on the team together and it was special.  So in this edition of Flashback Friday, let’s take a look at one of Football’s Fabulous Females…Michelle Budano. 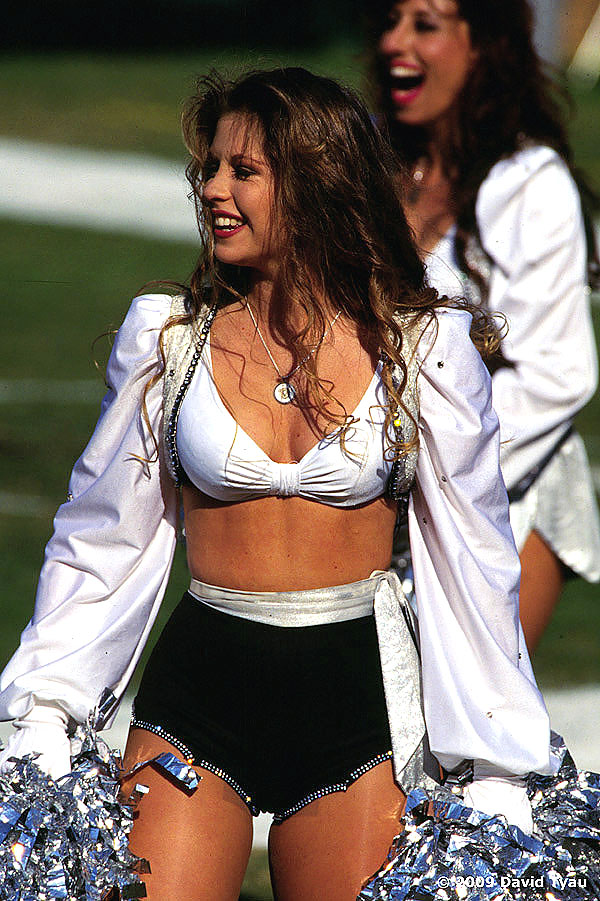 This entry was posted in Flashback Friday and tagged NFL, Raiderettes. Bookmark the permalink.
%d bloggers like this: