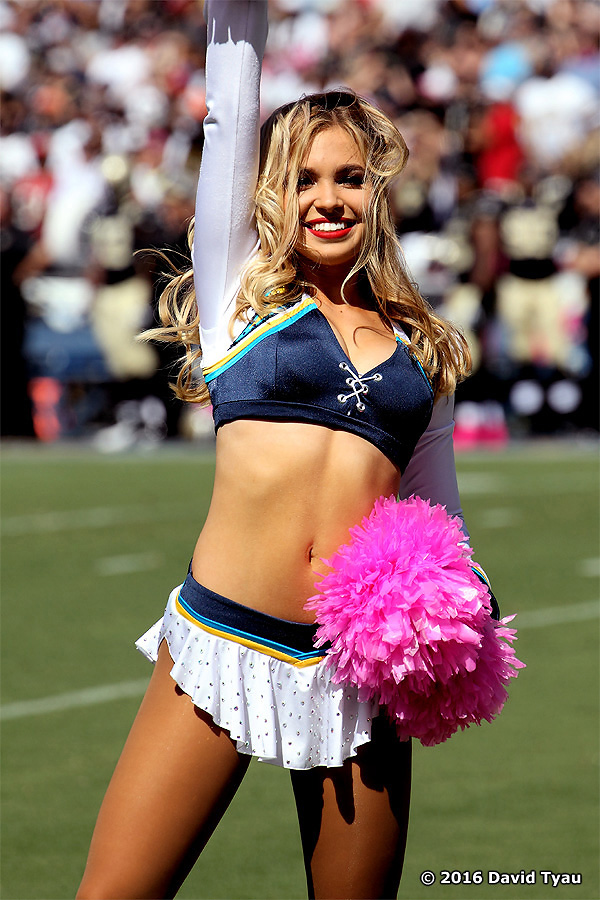 So it’s a new day with respect to the Chargers.  They’ve moved to Los Angeles and play their home games at the Stub Hub Center.  Now while that’s good for the Chargers…they did change their camera policy from last year.  No longer are DSLRs with interchangeable lenses allowed…and that is bad news for ticket holders like me who like to take photos of the Charger Girls.  It is simply no longer possible to get the kind of shots that I’ve gotten in the past…like the photo above of Rebecca, one of the most beautiful Charger Girls on this year’s squad.

So until the Chargers change their camera policy to what is was back in San Diego, this is it.  It was a great run while it lasted…from 1999 until 2017.

This entry was posted in Flashback Friday and tagged Charger Girls, NFL. Bookmark the permalink.
%d bloggers like this: