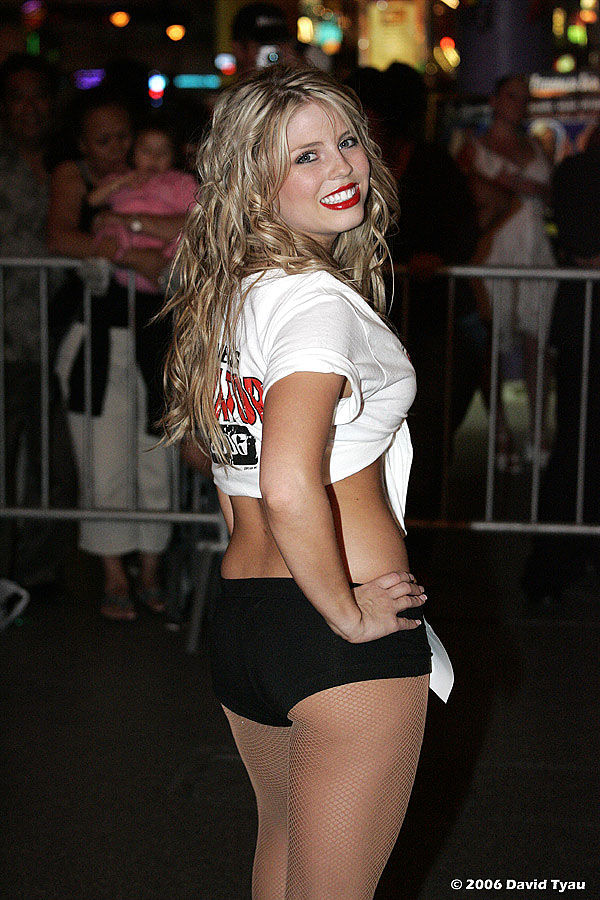 In 2006, I was vacationing in Las Vegas and it came to my attention that the Las Vegas Gladiator Goddesses were holding auditions on Fremont Street.  Since I was in the neighborhood, I decided to drop on by and I explained to the team Director that I was in town and just happened to see an advert for the auditions.  I told her that I would like to cover the event for UltimateCheerleaders.com and I was granted access to photograph the festivities, up close and personal.  And this is one of the more memorable images I captured during the festivities.

This entry was posted in Featured Articles and tagged AFL, Auditions, Las Vegas Gladiator Goddesses. Bookmark the permalink.
%d bloggers like this: