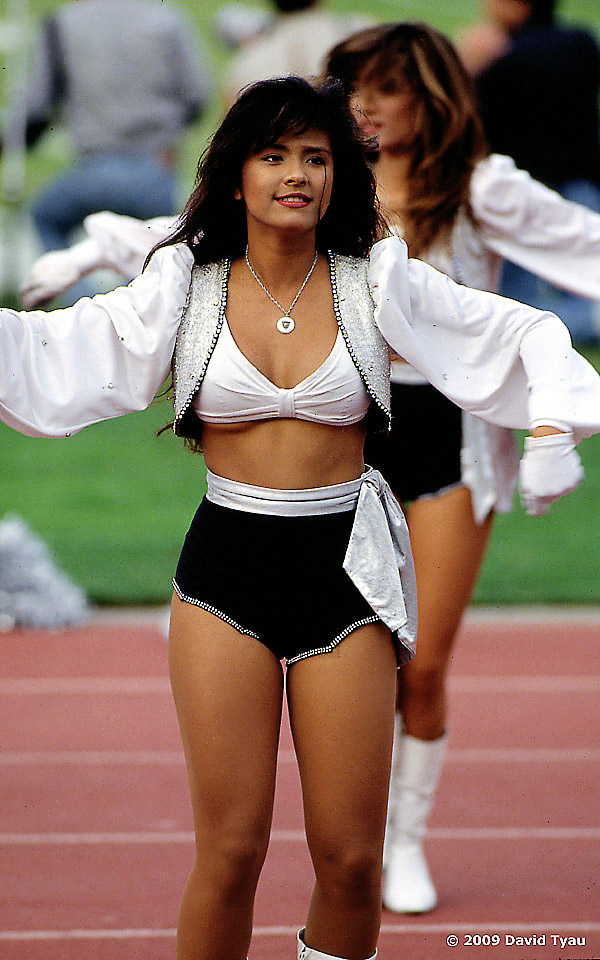 Back in the early 1990’s, the Raiders were still in Los Angeles and I was a season ticket holder.  The Raiderettes were all the rage because they had the most beautiful cheerleaders in the NFL and Al Davis’ right hand man, Al LoCasale made it a priority to select the hottest girls for the squad.  One of the most beautiful of them all was a Raiderette named Anjanette Abayari who was a former Miss Philippines and later became a movie star back in her native country.

This entry was posted in Flashback Friday and tagged NFL, Raiderettes. Bookmark the permalink.
%d bloggers like this: